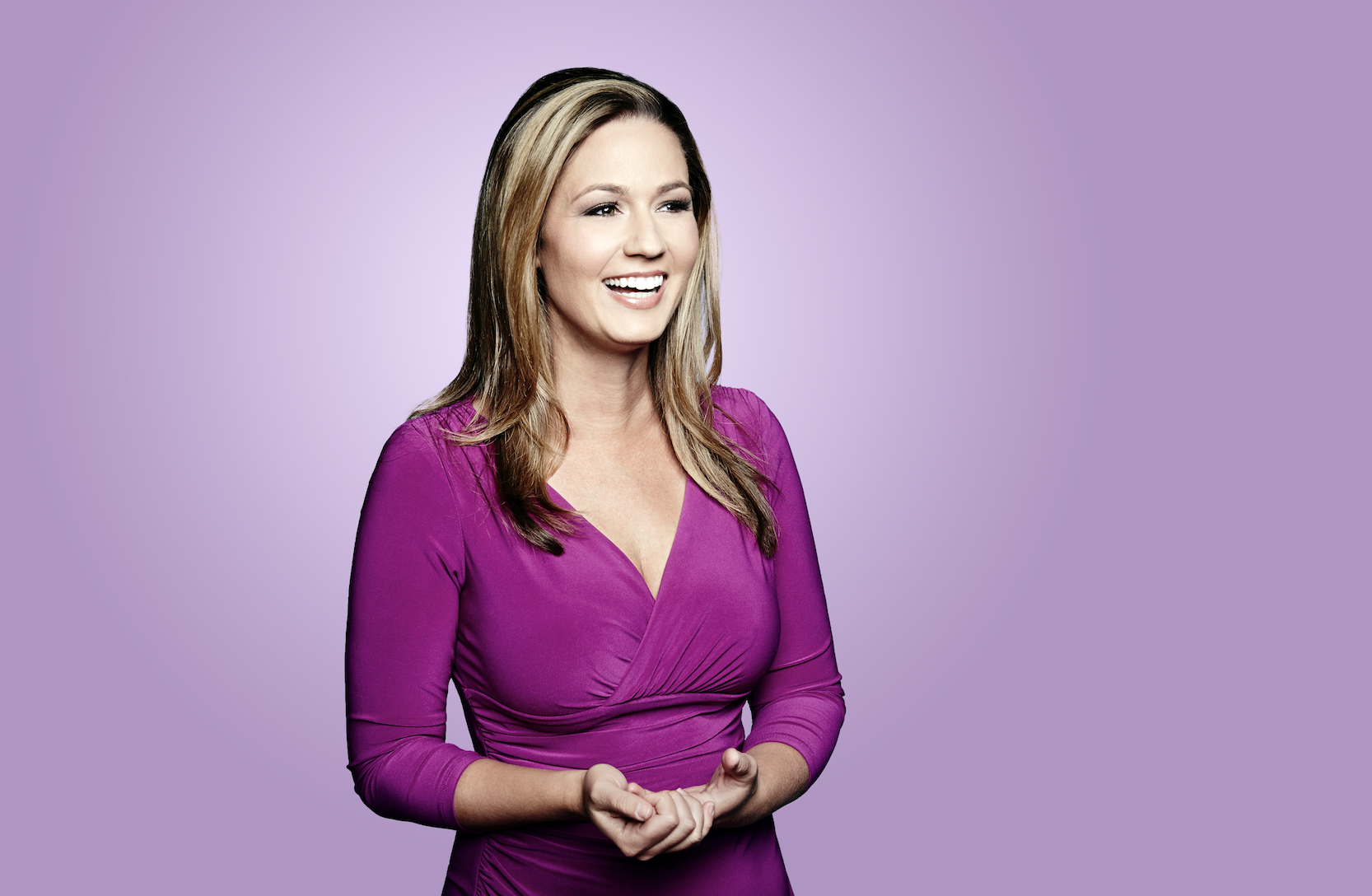 As a small town Louisiana girl, Jennifer Gray was introduced to meteorology during a job shadowing program her senior year of high school. She went on to study journalism and meteorology in college and, after several years of working at smaller stations and a little bit of luck, Gray landed her dream job at CNN.

Today, Gray works as a meteorologist for CNN based in Atlanta, and covers everything from hurricanes to earthquakes to wildfires to floods. She’s been at CNN for six years now, and offers the following advice to high school students and their parents: “There’s nothing wrong with starting college and not knowing exactly what you want to do,” she says. “Don’t force one thing or another because you think you’re going to make more money. You should have fun every day and do something you love.”

Gray’s family roots stretch throughout the state of Louisiana, and with family still here, she considers Louisiana her home. Her father’s family is from the New Orleans area, and she lived in Baton Rouge for a short time as a toddler. Before kindergarten, her family moved to Bossier City.

“I loved fishing off of my grandmother’s pier,” she says. “We would play in the creeks and in the woods. It was wonderful growing up there.”

She had her first introduction to a newsroom during her senior year of high school, when she participated in a mentoring program and was placed at the local ABC affiliate, KTBS, in Shreveport. While answering phones in the newsroom, she became friends with the station’s meteorologist, Janine D’Adamo.

“She showed me everything she did, and I just started falling in love with it,” Gray says.

When choosing a college, Gray says she was the first person in her family who didn’t attend LSU. “I was a homebody,” she says. “The thought of going to a big school that far from home made me nervous.”

Instead, she chose to pursue a degree in broadcast journalism from Northwestern State University in Natchitoches, and then she entered the broadcast meteorology program at Mississippi State.

At NSU, Gray says, she fell in love with the people there and, although quite shy, became involved in many of the programs and was able to break out of her shell. Being a student at a small university, she says, gave her opportunities she’s not sure she would have had at a larger school, including a study abroad program in Madrid her senior year.

“It gave me an adventurous spirit, and it was perfect for me,” she says of her time at NSU. “I definitely would not be at CNN today had I not gone through the program at that time.”

Gray’s experience in the NSU journalism program was hands on, she says. She learned to write scripts, shoot video and edit news packages for television, even getting experience reporting the weather twice a week.

“It gave us a really realistic view of what the TV industry was going to be like,” she says. “People think it’s going to be glamorous, but it’s very long hours, working weekends and holidays, and not making a lot of money at first.”

While at NSU, Gray was fortunate to land an internship at Good Morning America. At the time, Diane Sawyer and Charles Gibson were anchors and Tony Perkins was the weather caster. On the last day of her internship, Gray says Perkins invited her to report the weather on air, which was a thrilling experience for the college senior.

After graduating from college, Gray worked for the NBC affiliate in Beaumont, Texas, as well as KTBS in Shreveport. Gray also worked occasionally as a freelance reporter for GMA covering weather related stories in Louisiana, including the first Mardi Gras celebration after Hurricane Katrina.

Her career then brought her to Miami, where she worked as the weekend morning show meteorologist and a feature reporter for the NBC affiliate there. “I really loved local news. I loved Miami,” she says.

However, Gray was going through a contract negotiation at the Miami station when she learned of the job opening at CNN and decided to take a chance and interview for it. “This job basically fell out of the sky. I wasn’t expecting it,” she says.

At CNN, Gray is responsible for covering weather-related news Monday through Friday, from noon until 9 p.m. “CNN covers weather when it’s making news. If it’s a big story, you’ll be on the air every hour,” she says.

Her reporting brought her to the Baton Rouge area, covering the unprecedented flooding in August 2016 that devastated south Louisiana and submerged thousands of houses and businesses.

During her time in Louisiana, Gray visited a school library where every book was destroyed by floodwater. Not wanting to feel helpless, she helped to coordinate a book drive, collecting 2,500 books to replace those that had been damaged.

“My heart broke for the people impacted by the flood,” Gray says. “I met so many people who lost everything. When I walked into the Southside Elementary library in Denham Springs, the devastation brought me to tears. Children need structure … a safe place to go and learn—and to see that destroyed—broke my heart. Being from Louisiana, it hit me even harder. I felt like I had to do something.”

Besides keeping viewers informed of catastrophic weather events affecting the United States, Gray also reports on volcanoes, earthquakes and other science-related news around the world, as well as any space-related items. Gray also does some reporting for CNN International and HLN.

“Anything science related, they call you to be the expert on,” she says, so she is expected to be familiar with topography and pronunciations of towns and landmarks all over the world. “That part can be stressful, but it also makes you better,” she says.

Once a student has chosen a career path, Gray wants them to know that there is no easy way to reach the top.

“You need to try to meet as many people in that industry as possible. Say yes as much as possible, and just be eager, even if you’re working for free for a little bit and even if it’s not exactly what you want to do because that can lead to other things. These are the people who are going to hire you,” she says. “Never say no to a project or extra hours or a holiday or weekend. You have to pay your dues and work your way up.”

The best thing for a student to do is internships, Gray says. “Go to a job site and say, ‘Can I shadow you?’ so you can know if that’s the type of job you want to do or not.”

Gray says there is one thing she would do differently if she could, and that is step out of her comfort zone early on, and not be afraid to try new things.

“When I first entered college, maybe there were things I was too shy to do,” she says. “I became less shy toward the end, but if I had lived that way from the beginning, it would have made the experience more enjoyable.”

The most challenging part of her career is balancing family life with work. Gray recently returned to work from a maternity leave after having her second child. The station could call at the last minute, and Gray says she would need to get on a plane to cover a breaking weather story. With a one-way ticket, that becomes more difficult now, especially with a family, and can add a lot of stress, she says.

However, the most rewarding part of her career is hoping she can make a difference, whether that means warning people about approaching severe weather, giving safety advice about not driving into flood water, or sharing tornado or blizzard safety tips.

“It’s been a dream come true,” Gray says of her work.